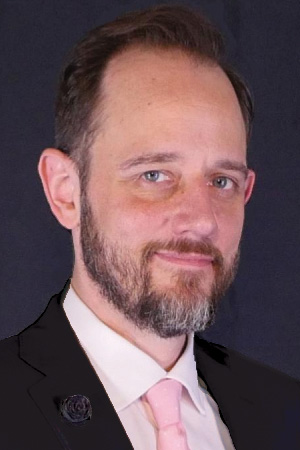 Henry, a CSRE employee since 2014, has played an integral role during the company's COVID-19 response and consequent transition to full-ChampionsLive and Online Correspondence course delivery formats. As part of his pandemic response plan, Britt coordinated an expanded schedule of ChampionsLive classes and spearheaded cross-training initiatives that allowed the statewide career counseling team to seamlessly transition into various online counseling and ChampionsLive class coordination roles from home.

"We admire, appreciate, and acknowledge Henry’s contributions to Champions School of Real Estate’s success during a difficult sheltering-at-home, business-at-home pandemic year," said Rita Santamaria, CSRE’s CEO/founder. “His organizational skills, his training skills, and his “can-do" attitude have allowed us to provide uninterrupted service to thousands of students with ChampionsLive broadcast. He is our superman of the year!"

“As our 2020 Employee of the Year, Henry Britt has blown us away with his impeccable ability to organize everything needed to keep our ChampionsLive classes running so beautifully during a very unpredictable year," stated Kimberly Dydalewicz, CSRE President. “If anyone needs help - in any way - Henry is reliably there with an answer and a smile. Henry’s positive attitude and a “can-do" spirit, combined with his effective communications skills, are only a small part of why he is so deserving of this award. Henry has been a wonderful leader."

About Champions School of Real Estate

Champions School of Real Estate's® education courses are supported by quality instructors, an award winning curriculum and a customer focused staff whose mission is to ensure students achieve and maintain success in their real estate career. Our eight Campus locations are in Austin, Dallas, Houston and San Antonio. For more information, please visit www.ChampionsSchool.com or check us out on Facebook, and follow us on Twitter.

See what our students are saying about Champions.